The Animaniacs waste no time in taking jabs at almost everything that has happened in the past 22 years. There is even an entire song about it. Nothing is sacred or out of bounds here. One minute you’ll be getting a parody song about reboots and the next you’ll be hearing a joke about destabilizing Guatemala. So now that the reboot is finally here what can we say about it? Is it still the same old Animaniacs we all know and love? The short answer is yes! However, perhaps some of the things we knew haven’t aged so well. 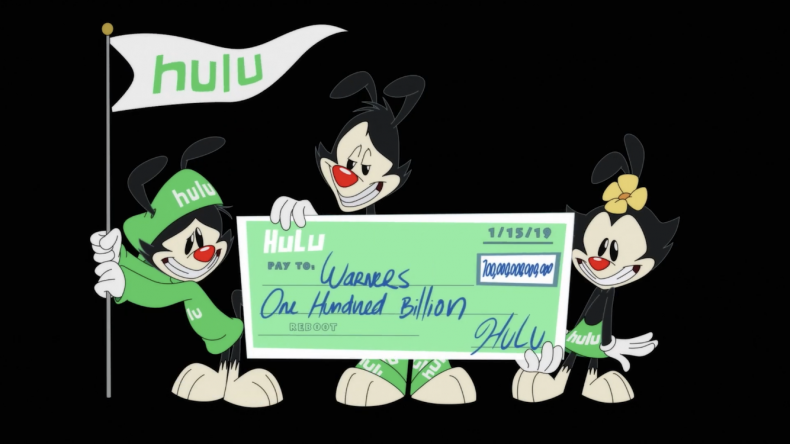 “Politics in my children’s show? How dare they!” News flash, The Animaniacs has always included edgy political humor in their segments. As always, the humor never feels one-sided. No matter what party you’re in or what country, Animaniacs will riff it. Snowden, Bush’s WMD, and even Diversity casting are all made fun of during the new series. Most of the heavy-hitting jokes in the reboot are either political or satirical. 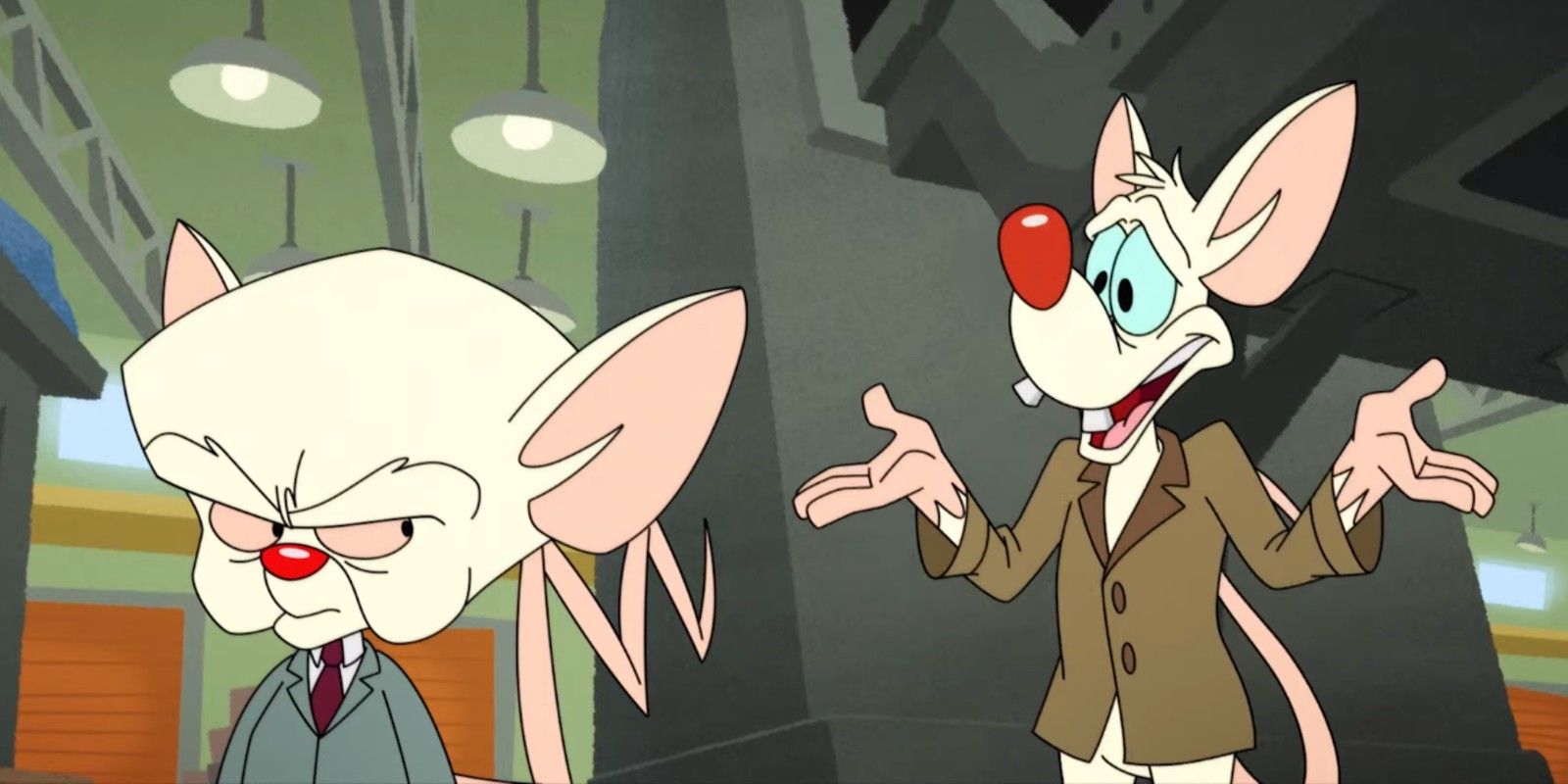 How is this humor used? Does it feel forced? Well, depends on your definition of “forced”. Some jokes will directly reference something in the political world while others merely use it as a backdrop for the skit. One example would be Pinky and the Brain’s interaction with Edward Snowden. In the skit, The Brain gets amnesia and needs to break into the NSA in order to retrieve the phone call he made to Pinky in which he describes what the plan was.

This skit works fantastically well since the Snowden joke is not the focal point. You don’t need to know who Snowden is to understand the plot. Even the punchline for the segment, while having layers, doesn’t require you to get the meta jokes. It’s a good balance between satire and children’s cartoons, which The Animaniacs strive for. In contrast, the “Bun Control” skit is way too obvious and stretched out. The joke of course, for those of you who didn’t get it, is that America has a gun control problem. It seems like directly referencing something is funniest when it comes and goes quickly rather than played out for too long.

Warner Brothers have plenty of IPs to pull cameos from. Even then, they still manage to take jabs at other content from a variety of different studios. Celebrities, slang, and trending media all make an appearance. Yes, that joke about “Batman V Superman” was real and sets the tone for the rest of the series. These little nods are plentiful and definitely give older fans a reason to watch. It can be interesting to see how many you can spot in a single viewing.

Pop culture, however, might be used a bit too much. Same with their political humor. After rewatching some of the older episodes of The Animaniacs there was more of a balance present that prevented it from overdoing it. It always feels like the newer series is trying way too hard to spit out relevant topics. The first episode is hilarious with the references, but it doesn’t let up. After a few episodes, it starts to stagnate a bit. 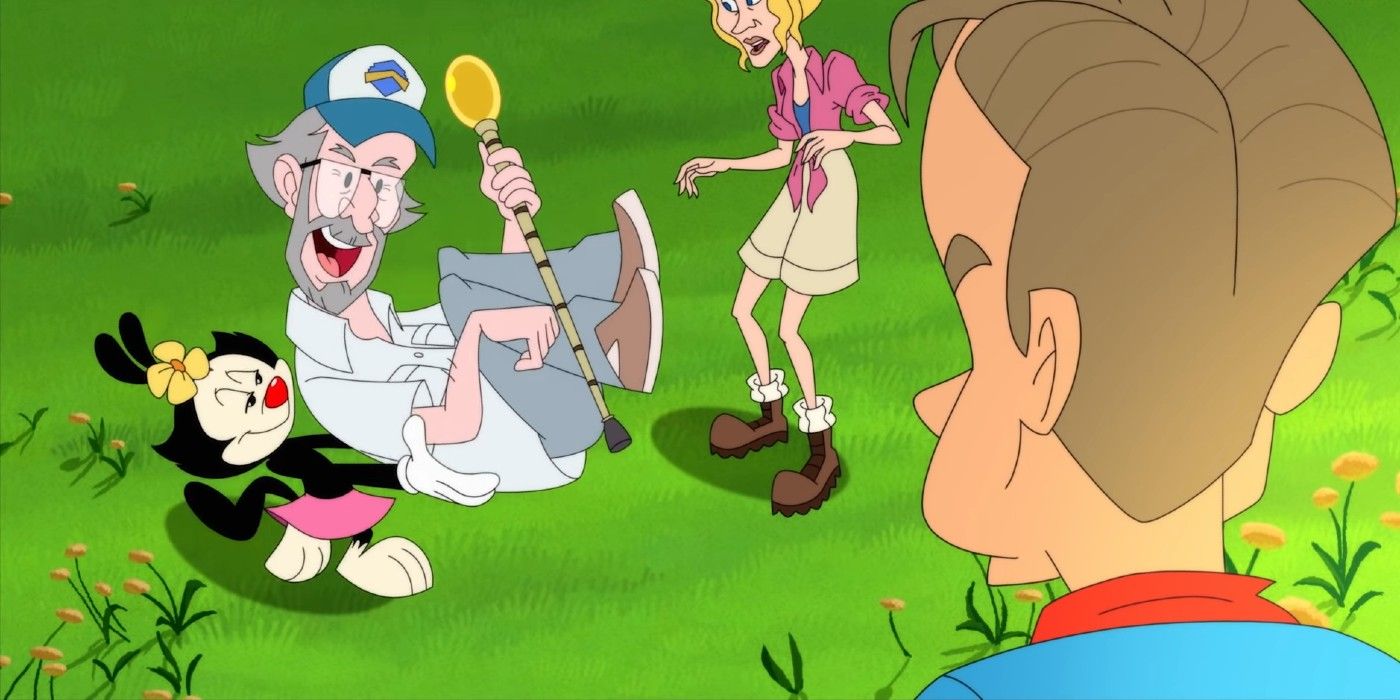 To Evolve or Not to Evolve

If The Animaniacs Reboot has any flaws it would be that the slapstick comedy is heavily dated in today’s media. Many of today’s shows are more than just about a character getting annoyed or getting hurt and embarrassed. One of the episodes that get particularly grating is Episode 3. Here, the Warner Brothers and the Warner Sister Dot, annoy an Olympic athlete, Nils Niedhart. The joke is that he doesn’t like losing but the gag is stretched on for 12 minutes of the episode’s runtime.

He then gets increasingly annoyed as each of The Animaniacs take their turns beating him at an Olympic event. There are some brief moments where there is a pop culture reference or even a reference to the show’s past. However, during the duration of the segment, the slapstick got old quick.

Cartoons have evolved a lot since the 90’s even in the early 2000’s. Nowaday’s cartoons such as Infinity Train, Adventure Time, and The Last Airbender break the mold on what it means to be a children’s show. They have fully fleshed out worlds and dynamics between characters. Each episode might tell you something new about a character that lets viewers figure out more about their motivations and personal history.

Even Reboots tend to make their source material more interesting and complex. The greatest glow up so far being Ducktale’s very own Loui, Huey, and Dewey. They went from being carbon copies of each other to three very individual characters with distinct personalities. 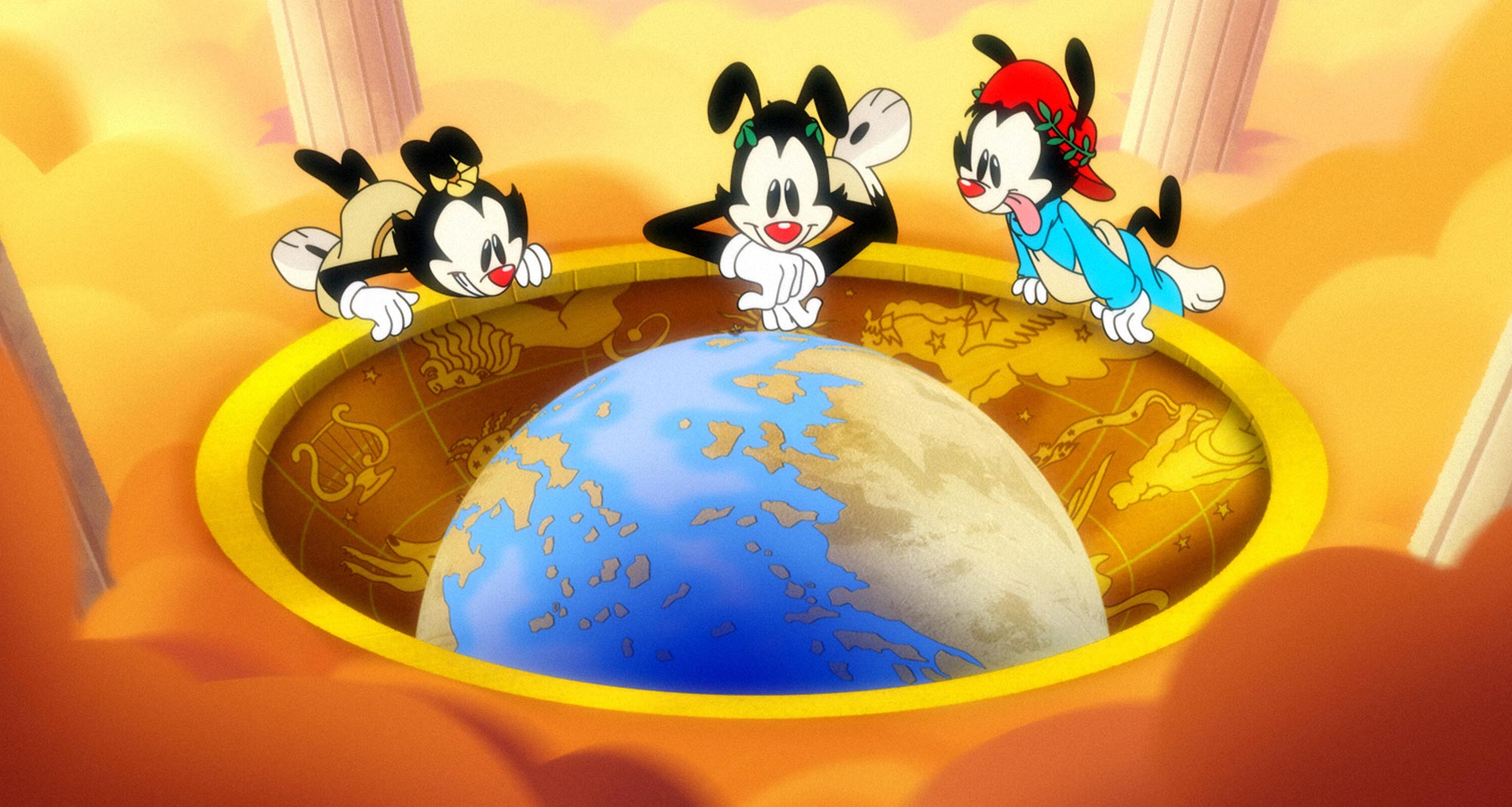 Asking The Animaniacs to evolve, however, risks destroying the foundation that the original show built. In fact, I would even consider it the kind of show that can’t evolve. Another example of a show that can’t evolve is Tom and Jerry. The cartoons are classic and filled with mayhem, yet nearly impossible to add a plot to without producing a lukewarm product. Need I remind you of the Tom and Jerry Movie?

Sometimes it feels like The Animaniacs is trying to be two different things. An edgy, topical satire, and a children’s slapstick comedy. Of course, this is because that’s what The Animaniacs has always been about. However, nostalgia goggles aside, the latter half didn’t age as well. Adults will definitely get a good laugh at The Animaniacs ripping society a new one. Kids can watch it for the goofy cartoon characters saying random things and being annoying. However, it feels like there is a barrier between both worlds and you feel it more as an adult. 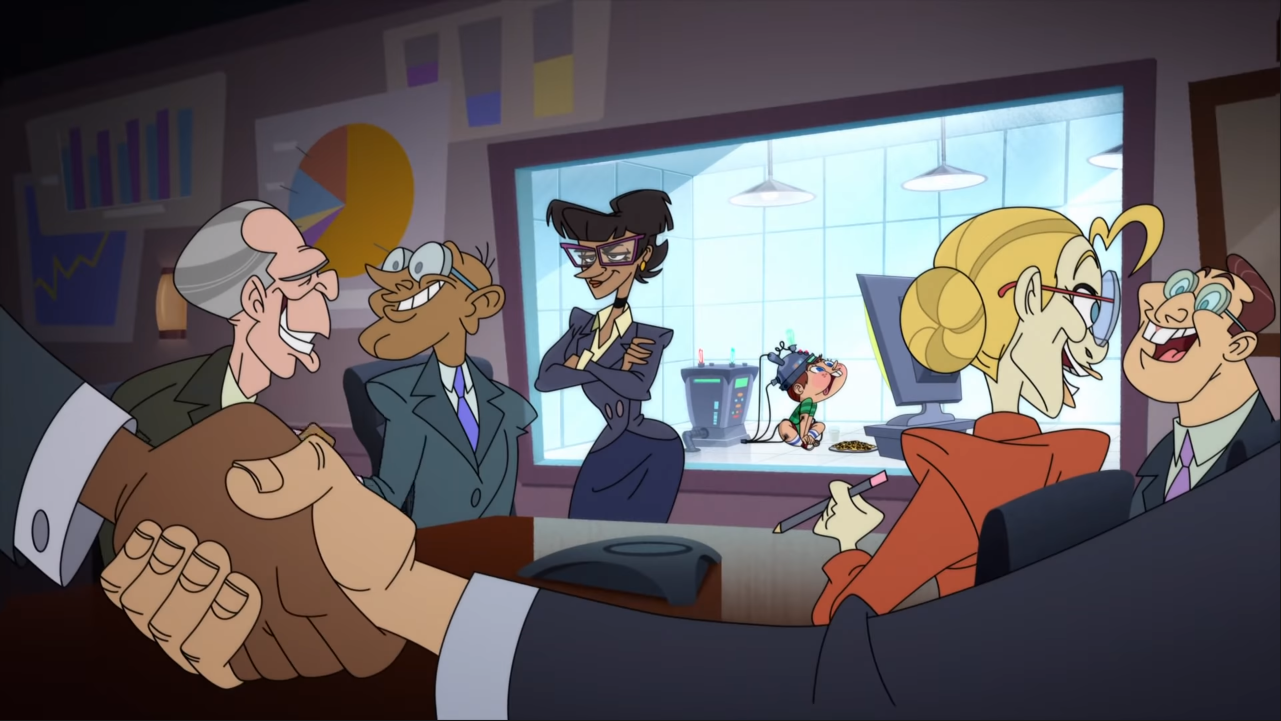 It’s hard to pinpoint who the target audience for the show really is. Older fans have grown up and the slapstick will definitely not hit as hard. Meanwhile, the satirical takes might completely miss unless you understand the context. Perhaps this very same question was asked back in the ’90s during the show’s original run. Therefore, the discussion is also rebooted as well.

So what does this say about The Animaniacs? Does the dated slapstick make it bad? Is the satirical humor too much to balance? Reception varies from person to person. Personally, I found that it has a witty charm reminiscent of the original. Just perhaps, too much like the original. One thing is guaranteed though, you will definitely get plenty of laughs from watching The Animaniacs Reboot so don’t skip out.