At some point in their life, everyone has wished they were just a little bit smarter. Maybe you don’t understand something other people seem to grasp with ease, or maybe you just feel a little slower than everyone else. But despite our desire for ever greater understanding, it seems unclear as to whether such improvement can, or ever will, make us happy. Flowers for Algernon by Daniel Keyes is a hauntingly poignant reflection on emotion and the intellect.

Published first as a short story in 1959, and as a novel in 1966, Flowers for Algernon is the story of one Charlie Gordon. At the outset, Charlie has an IQ of only 68, a result of a severe mental disorder. By day he works a menial job at a bakery and by night he attends a nearby college in an effort to improve himself. Sensing this desire, his teacher, Alice, recommends Charlie for an experiment that will greatly improve cognitive powers. A mouse, Algernon has already undergone the procedure and appears to have attained intelligence far beyond that of an ordinary mouse. Even being able to outperform Charlie at various simple tasks.

The novel is written in an epistolary style, composed entirely of entries in Charlie’s “progress reports”. Keyes uses this to chart the radical changes in Charlie’s psyche following the experiment. What begins as broken English and poor grammar becomes increasingly eloquent as the story progresses. This also allows the reader to see events, people, and interactions from two different perspectives. Charlie before and after the experiment. 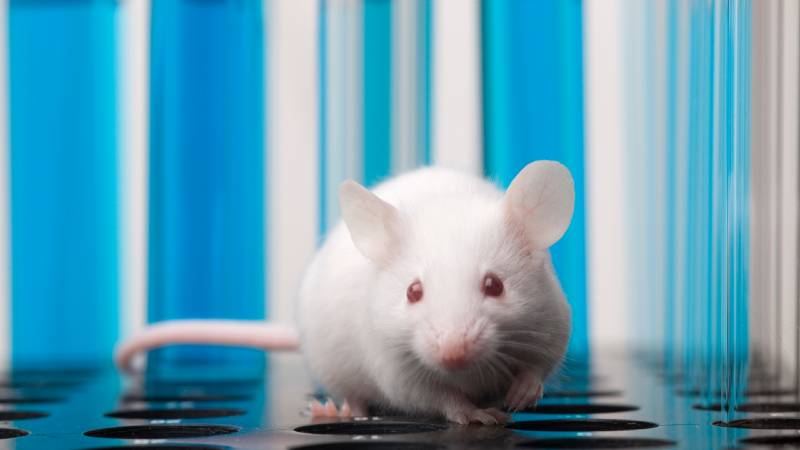 Charlie begins to realise not everything was as it had seemed. Not only does he discover that his “friends” had only ever really felt pity for him (when they weren’t actively being cruel), but that one of the workers, “Gimpy” is stealing from the bakery cash register. The ensuing confrontation between Charlie and Gimpy effectively ends their friendship. Events like this leave Charlie sad and confused. In many ways, he had been unique. Limited intellectually but fundamentally a good person. Unfortunately, his naivety led him to believe that other people were as well-intentioned as he was. “Its easy to make frends if you let pepul laff at you” is a depressing insight into his understanding of friendship.

It’s these moments, where the veil of ignorance falls away, and Charlie is forced to confront the world as it truly is. That make Flowers for Algernon so compelling. Men and women he once looked up to become dull, slow, and uninteresting as he surpasses them intellectually. He writes piano concertos, speaks multiple languages, and writes brilliant academic papers. Things the old Charlie could only have dreamt of. He even begins to resent the scientists who performed the experiment on him. They show him off at various events, and Charlie begins to feel that he has never been more than a guinea pig in their eyes.

With this new perspective gained, an unpleasant realisation begins to weigh heavily upon Charlie’s mind. Truths about his old self become clear to him in ways that disturb him greatly. Something that the old Charlie never realised. The more he learns, the clearer it becomes to him that in the eyes of others, he was barely even a person. One of the scientists even makes a comparison between Charlie and a knife. His point being that before the experiment Charlie would have been no more to blame for a stabbing than a knife would be. Charlie is quick to respond, “I was a person before the operation. In case you forgot”.

Much of this realisation is tied to Charlie’s family. Only fragmented memories come back to him though, and the final picture is not a pleasant one. A family torn apart by Charlie’s mother’s inability to accept her son for who he is. First denying that there is anything wrong with Charlie, she later moves on to various quack treatments. And later still, a horrific cycle of abuse. She refuses to help Charlie use the toilet and punishes him when he soils himself. She also beats Charlie whenever he gets an erection. Even threatening to kill him if he ever attempts to touch a girl.

Once Charlie’s sister Norma is born, his mother forgets him entirely, happy to focus instead on his “normal” sister. Soon after Charlie is sent away from home for good. Reflecting on such treatment, Charlie writes of “How strange it is that people of honest feelings and sensibility, who would not take advantage of a man born without arms or legs or eyes—how such people think nothing of abusing a man with low intelligence”. There is a great deal of truth to this. We seem to associate intelligence with personhood, and ignore or ridicule those who do not possess it.

Keyes was obviously keenly aware of this. At another point in the novel, Charlie states that “He makes the same mistake as the others when they look at a feeble-minded person and laugh because they don’t understand there are human feelings involved”. In my opinion, this idea strikes close to the very heart of Flowers for Algernon. Whether simpleton or genius, Charlie slowly comes to understand that without humanity and emotion, intelligence means nothing. It has become an idol, prized above all else. But as Charlie points out “intelligence alone doesn’t mean a damned thing”. This sensitivity to the more human elements of our nature runs deep through the narrative. Our insecurities about our own intelligence, and our desire to develop intellectually can lead us to a dark place. We come to judge others solely on their mental capacities, rather than their worth as human beings. According to Charlie, “Education that hasn’t been tempered by human affection isn’t worth a damn”, and I make him right. There is a pervasive belief among many that intellect and emotion must be separated. One which I feel may lead us to a very dark place indeed.

Keyes was wary of a world in which humanity and compassion might be forgotten in a never-ending march towards intellectual supremacy. Flowers for Algernon is a powerful reminder that even those we might consider “disabled” or “handicapped” are every bit as valuable as anyone else. Something their treatment throughout history, and even today, has often not reflected.