Tuesday, November 10th saw the release of the Xbox Series X/S. Luckily I managed to snag a Series X pre-order and have that order fulfilled. My luck continued as my shiny new Series X arrived on release day.

After unboxing the Series X and gazing at the somewhat irregular shape and size of the Series X compared to consoles of yesteryear, I got it set-up and updated.

Now all I had to do was sit back and dive into the virtual worlds of the now current generation. Well, after the tedious game installations which took me a fair amount of time.

Anyway, I’ve been using the Series X for a week now. Mainly playing DIRT 5 and Watch Dogs: Legion. But how were these first experiences? And how has the console been?

The Xbox Series X’s dashboard is the first thing you met once the set-up is complete. If you’ve played an Xbox One with the latest firmware update then the Series X dashboard will look familiar. That’s because it’s the same, just faster.

Despite not making or breaking a console, I’ve always looked forward to seeing what a new systems dashboard looks like. So I would be lying if I said I wasn’t a little disappointed that nothing had changed here.

But hey, at least it means a lot of people will already know their way around it. And it does make sense why this choice was made from Microsoft’s point of view. With them trying the unify the experience between devices.

The dashboard works well enough, it’s nowhere near as bad as the dashboard the Xbox One launched with. But it’s still not as good as the second Xbox 360 dashboard.

Minimal load times were talked up by Microsoft prior to release. This sounded amazing as some of the long load times on certain games could hamper the experience.

I’m happy to report that so far loading times have been relatively short. The best example of this would be DIRT 5 and its race restarts.

Have you ever wanted to restart a race in a racing game only to be met with the game having to go through a loading sequence that feels unnecessary long? This isn’t the case in DIRT 5. Race restarts are almost instant. You hit the button on the controller and you’re back at the starting line before you could even start a car up IRL. I’m not even sure if the game loads at all.

Watch Dogs: Legion has your traditional load screen as the game’s version of London loads in. Usually with open-world games, loading can take a while, but that’s not the case with this one. With a rough load time of around 20 seconds.

These feats are thanks to the Solid State Drive (SSD) that the Series X utilises. The SSD and the improvements to the quality of life are greatly appreciated, and will not only gives us more time playing but will give us games that play and run better in general.

The Xbox Series X and the power that the black cuboid holds within allows it to run games at higher frame rates and higher resolutions.

The higher frame rates ensure that things feel smooth. I have been playing DIRT 5 at 60fps in 4K without any noticeable frame drops. The game felt consistently smooth and is better for it.

DIRT 5 can also achieve 120 FPS, though resolution and detail will take a hit. I don’t have any experience with the 120 FPS mode as my TV doesn’t support 120hz.

As with any new console generation, visuals are a much-discussed topic and are used to show the power of a console.

Games running on the Xbox Series X look good. At times rather impressive at 4K with HDR. But I can’t help but feel that nothing really made my jaw hit the floor when regarding the graphics. This could be down to the games I’ve played also being available on previous-gen consoles. I think that I will need to see some true 100% next-gen games on the Series X to get a chance at seeing what the console can really do.

Ray Tracing on a console is pretty cool though. Seeing the reflections in Watch Dogs: Legion helps make the world more detailed and life-like. However, the game only runs at 30fps, being able to turn off Ray Tracing for increased frames would have been an option that would have pleased some players, myself included.

When the Series X is running, it’s very, very quiet. No 747’s taking off under your telly. Not yet anyway. My Original Xbox One was whisper quiet at launch, but years of gunk buildup and gaming meant that at times it sounded like a blender.

For now, the Series X is super quiet though.

Xbox controllers have always been highly regarded if we ignore the Duke, though some would argue that it was the best one. The Xbox One controller was comfortable, responsive and the rumble triggers were neat. The reliability of them wasn’t so good though in my and many others’ experiences.

The Series X controller is very similar to the Xbox One controller, with a small number of little tweaks including a dedicated share button that takes screenshots and an updated d-pad.

If I’m honest I wouldn’t have changed much in the controller department either. But I will say that I would have been interested in seeing something new akin to the Haptic Feedback on PlayStation 5’s Dual Sense Controller or the rumble triggers on Xbox One.

At the end of the day though, this ‘new’ controller does what it needs to and does it well. The comfort and responsiveness are there, which are the important things. If you liked the Xbox One controller you’ll like this one. Let’s just hope these last longer.

One thing I did notice that’s annoying with the controller is that my official Xbox Play and Charge cable that I used with my Xbox One controllers doesn’t fit in the Series X controller when the battery pack does. 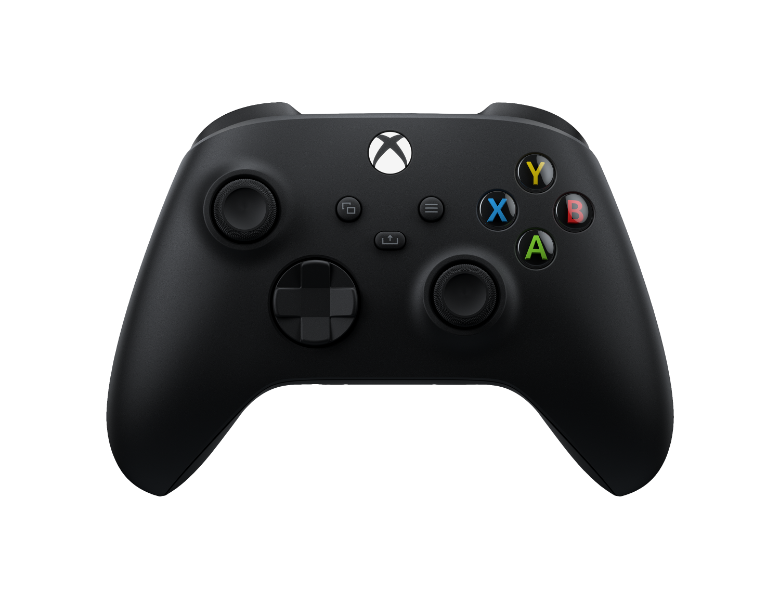 The Xbox Series X boasts some impressive backwards compatibility. It’s able to play games from every generation of Xbox (some games not supported).

This feature not only gives the console a huge library of games right from day one but also adds to the value of the system.

Some games from the Xbox One have received Series X enhancements. One such game is Forza Horizon 4. I tried Horizon 4 out and right off the bat the game loads substantially faster on the Series X than the game did on the base Xbox One. After playing around with it, I can say this is the best way to experience the game on a console. 4K, HDR, 60 FPS goodness with the beautiful vistas of the UK to catch a glimpse of as you blast past in a Lamborghini Diablo or any other fast car.

Even games that haven’t received enhancements benefit from the Series X. I had heard about GTA4 running 60 FPS and I had to see it for myself. And I’m happy to report that it does indeed run at 60 FPS. And it loaded just as the second piece of artwork came up.

I also tried two other games. One being Black for the original Xbox and the other being Xbox One’s DOOM Eternal. Both games ran perfectly from what I played.

Black along with the other compatible original Xbox games do get resolution upgrades resulting in a better image.

I love Xbox’s approach to backwards compatibility. I can play so many games I cherish all on the one system, running better than they ever have on a console. And I don’t have to buy them again. If they are digital they’re in my library of digital games. If I have the disc I just pop it in the console and install it.

I’m fairly certain I will be using the backwards compatibility feature in the future to check out games I missed, revisit some old favourites and play Cyberpunk 2077 when it releases.

For all of the positive things I have said about the Series X, I have encountered some issues and areas I think can be improved.

First up is Quick Resume. The feature that allows you to suspend games and quickly resume them later right where you left off. I tried this with DIRT 5, by suspending the game, going and watching a YouTube video on the YouTube Xbox app, and then resuming DIRT 5. However, it didn’t work. DIRT 5 had closed and I was booting the game completely up again. I have heard that Quick Resume currently doesn’t support all titles so perhaps DIRT 5 is one of them. Considering Quick Resume was promoted a fair amount by Microsoft, having it not support a launch title like DIRT 5 is a bit irksome.

I, along with others, also experienced server issues on day one. With disconnects and sign-in issues. Everything seems fine now though relating to servers.

My main issue at the moment with the Series X is games. There aren’t any killer games, that make you want to run out and buy the console. DIRT 5 is fun, but I can play it on the Xbox One. Other launch titles such as Assassins Creed: Valhalla and Yakuza: Like a Dragon, among others, can also be played on the older system. Yes, they look and play better on the newer hardware but to some it may not be worth upgrading yet.

Even though Halo: Infinite would have launched on the Xbox One as well as the Series X. Having the best version of the newest Halo game may have sold people on the system. But the delay (a good thing overall) was a gut punch for Microsoft’s new console. Halo: Infinite is even displayed on the cardboard box that the Xbox Series X comes in.

Personally, I think the Series X itself looks odd when placed on its side. Having the option to remove the circular stand would have helped a little. I would say standing up it looks fine. But hey, who cares?

Overall I’m happy with my purchase of the Xbox Series X. The games look good and run well. I’m currently having fun playing games on it and I will most likely have more fun in the future.

This is what I think is the strongest aspect of the Series X. The future. The potential this beast of a console has to be a must-have. With so many talented studios under Microsoft’s belt, the console could be the place for some truly brilliant games.

Hopefully, the system can reach the high potential it has. And not have a repeat of the Xbox One’s first-party woes. Gear Up for the Hunt with Predator: Hunting Grounds

Predator Stalks Onto the ...
Read more