Everything has its opposite. Superman has Bizzaro, Batman has the Joker (or perhaps Jason Todd a la Red Hood), darkness and light, matter, antimatter.

The Doomslayer has Helltaker.

Helltaker, the titular character of the indie game Helltaker, is one of those deep, philosophical characters that makes you consider your life in a powerful way- nah, just kidding. One day, Helltaker thought to himself, “I wanna demon-girl harem,” so he goes full Doom Slayer and invades hell to get what he wants. Only, instead of using speedmetal and hyper-violence, Helltaker’s got smooth jazz, a kickass pancake recipe, and a very limited number of steps. 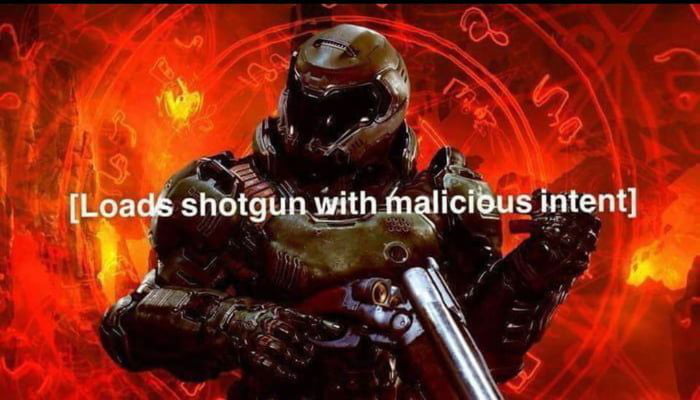 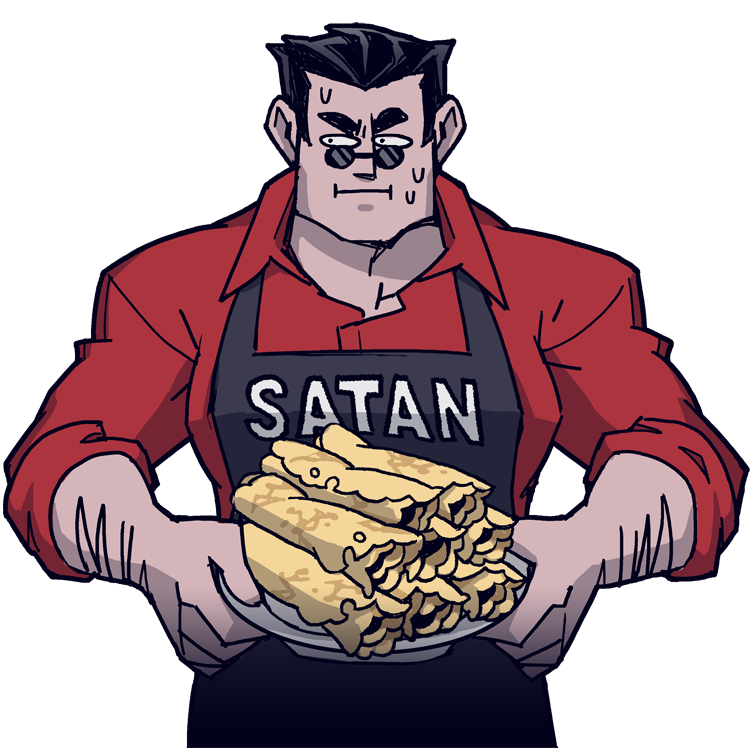 Helltaker was designed, developed, and published by polish artist vanripper aka Łukasz Piskorz. Helltaker is vanripper’s first and only game that I could find, and if it’s something they continue to pursue, I would pay attention, as I have very few negative things to say.  Best of all, it’s available on Steam for the low low price of absolutely free. (which, from a consumer angle, is objectively the best price). And most importantly, it’s a pretty solid game.

Mechanically, the game plays 85% like a puzzle game, 15% like a dating sim. You have only a certain number of moves per level, and you have to get to your prospective Demon Girl. Take too many and you die, then restart. Once you get to her, you have a handful of dialogue options to pick from to convince her to join your Harem, (Doom-splayer, amirite?) some of which can result in your gruesome (but off screen,) death.

And that’s basically the entire game. There’s only a handful of levels, sadly, but the puzzles are generally challenging, and there are a few novel and fresh ideas that I won’t spoil. The boss fight near the end was fun, though the skills needed to beat the boss are a little tangential to those needed to get there.

All in all the game is short, but sweet. The gameplay is responsive, intuitive, and all the characters have a presence in the game and are enjoyable to find and talk to. It’s fun, simple, and just a touch silly.

It only takes a few hours to beat (people who are actually good at puzzle games will probably do it even faster,) but I was fully engaged for the entire time. And even when the puzzles are challenging, the respawn time is so short that it was easy to get right back into it and keep playing.

What does make the game, though, are the characters. They’re interesting, sweet, and just the right amount of all the silly character tropes that make anime great.

Definitely more than worth the $0 price tag.

You can find more of Vanripper’s art on Twitter.

You can find Helltaker on Steam.

And if Helltake makes you thirsty for more demon-slaying action check out our Doom Eternal Review right here. The use of solar power is...
Read more